I’m just getting into this whole Meal Prep Sunday thing. I guess I missed the boat when it first got really popular (outside of fitness and bodybuilding forums), but its really quick.

So, here are my work lunches for the next week:

Also, converting half my garage into a gym. I’ll have to park on the street (so my wife still has a parking spot), but all I need for it are gym mats, four kettlebells (I’m thinking two 25’s, a 35, and a 50), pull-up bar. I think that would be good for now.

Today, I am going to drop the kids off at their grandmothers (my mother-in-law), stop by my office to get my food scale, and then head off to a trail, or just walk a few miles.

Working on Voidstar, which is a science fiction/fantasy sword & planet type game. I’m looking at a rule-set reminiscent of Basic Fantasy RPG, with ascending armor class and a saves metric. Though I do like thac0, and I think it would be neat to use in a sci-fi setting.

Signed up for an every-other month leadership course which takes 2 years to complete… for 12 sessions. Oh well. We’re all busy. The CEO of the company I work for was kind enough to pay for it, so myself and a few other people are going as well as some people from different companies. Looks pretty neat.

“If you lived anywhere else, you’d be rich!” my friend, who has never cracked $30k in his life told me over the phone. A rarity for me, I’d much rather text than talk. But my friend here doesn’t text. I haven’t seen him in 10 years, but I somehow doubt he has more than a flip phone.

It was his turn to laugh. “Are you ever coming back to Maine?”

“Maybe to visit, sometime. When I can afford it.” I replied. I have no intention of going back to Maine, ever. Well, maybe to visit. (But probably not).

“You could afford it.” He said.

“Maybe for myself. I have a wife and two kids.” I answered. I needed to go. Trying to wrap this conversation up. It had been a doozy of one so far. My friend just complaining about his life. All small, petty things, incredibly minor inconveniences.

“Yeah, have a good one, talk to you later.” Sometime, it had been about a year and a half since I had spoken to him last.

It was sad. If he was happy, I’d be happy for him. He still lived in the same town as his parents, where he grew up, still lived paycheck to paycheck. Still slept until about noon. Still played hours of video games a day. Still smoked a pack or more cigarettes a day.

All of his complaints reminded me of myself 15 years ago. No accountability to myself. No respect for myself. No pride, or too much pride, depending on who you asked. Blaming others for my problems, my lack of money, my lack of knowledge about money. Teenage Angst well past the teenage stage.

When I was 21, I was homeless. I’ll tell more stories about that time soon, but suffice to say, it sucked. Granted, I had a minivan (dubbed the Puke Wagon for my old punk rock band called… you guessed it, The Pukes… and the fact that the aforementioned friend threw up in the backseat after half of a 40oz on my 21st birthday) which I could sleep in, and I knew people at local restaurants.

But, loneliness kills just as fast as poison. Loneliness is a poison. It makes you do things, say things, associate with people you normally wouldn’t, just to get that lonely feeling to go away.

It was the friend I mentioned earlier that helped pull me out of that rut, that dark space in my life that I never will repeat. He said a simple sentence to me once, when we sat in his car, smoking cigarettes and listening to… it was either Black Flag or Minor Threat, I can’t remember that detail, but he turned to me and said, “dude… we can’t afford you anymore.”

That hurt. I knew it wasn’t just monetary.  It was emotionally. Mentally. Spiritually. I was a drag to be around. I was depressed. I was drunk half the time. I was always bumming cigarettes. I probably smelled. Hard to get showers in when you’re living in a van down by the river. (Well, close to a river, anyway).

All I could do was nod. I knew it. I felt bad every time we hung out. And by hanging out, I mean, every time I showed up at his house.

He’s a good guy, and I feel bad for ending the conversation with him in a rush. He was there for me, I should be there for him. Why aren’t I? It’s probably purely selfish reasons. That, and I’m not the same person I was back then. Hell, I’m not the same person I was 5 years ago. I’ve evolved, as we all do. I have a family to worry about, a department at my job to worry about, my self and my health to worry about, and I don’t have the energy to spare on wrestling a monkey off of someone else’s back. I have my own monkeys. I would never ask (now) for anyone to take mine.

I should probably call him, or take a short vacation and visit him in Maine, but the very thought is exhausting. I have tried my best to shake negativity, and I still wrestle with depression, and maybe I’m just an asshole. I don’t know.

I am concerned for his well being, though. He’s a good guy, like I’ve said. I wish him well. If he was on this side of the country, I’d go have a beer with him and offer him a job. He has skills that my department could utilize, if he used them. I genuinely feel bad for him. I want to help him. I want to help him quit smoking. I want to help him stop playing hours upon hours of video games. I don’t know how, though. How do I tell him the version of “dude… we can’t afford you anymore” that he needs to hear?

Or am I just an asshole?

This is going to be a labor of love. Welcome to my life.

So, who am I? Let me tell you. I was raised in Maine, moved to Los Angeles Angeles I was 28 with my wife we and have two kids, J and A.

I work at an awesome company and run a department that I absolutely love. It’s fun, its challenging, and it’s rewarding.

I am also overweight, which one fraction of this page will be dedicated to stopping that, I also like Tabletop Gaming, beer, and coffee. 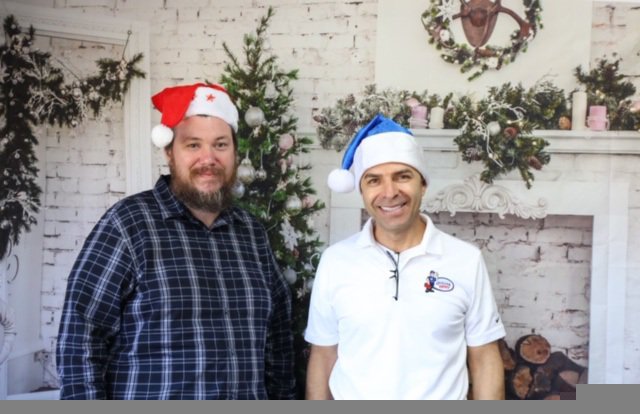 That’s me, the fat bearded one. I’m like twice the size of the dude next to me. This is also my first time posting this picture.

But yes, I am doing the slow carb diet right now, and it’s pretty good. Sunday I allow myself to drink two beers.

The above picture is Golden Road’s Hefe. Strong banana flavor, if that’s your thing. I happen to like banana bread, so…. 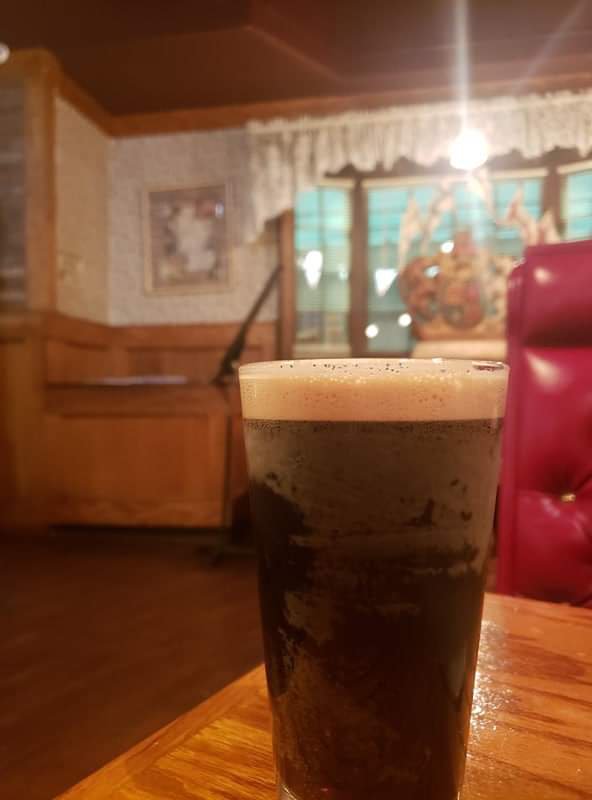 This was Belhaven Scottish Stout at the Buchanan Arms in Burbank, California.

I am “into” the following (in no order):

Y’know, among other things.

I hope you stick around. It’ll be a fun ride. 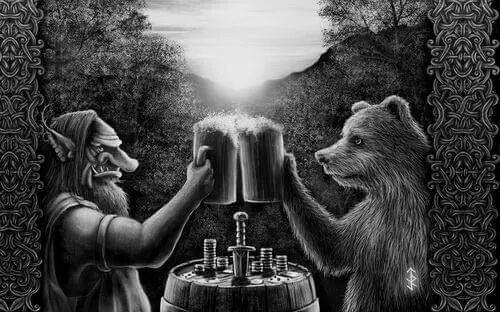